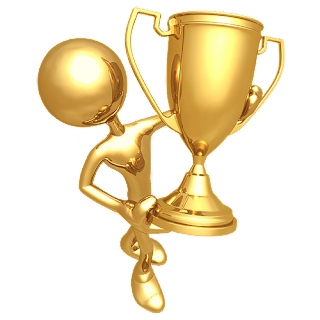 How to Fix Awards Shows

Pandemic has been a whirling teacup in all our lives, flinging us wildly along a trajectory between terror and delight. It has been horrible to be stuck at home, unable to attend conventions, and see our compatriots in person. It has been wonderful to have so much access to brilliant online events and have the chance to interact with members of the community that have never before been able to attend those same conventions. These conflicting gravities have also exposed the fissures in our systems for granting awards and celebrating their recipients.

Many creative awards, from Hollywood to the halls of academia, from Oscar to Hugo have suffered bobbles and missteps, discomforts, and scandal over the past couple of years. Is it just pandemic and the world dumpster fire causing these disruptions? Will we ‘get back to normal’ once this is over? I don’t think we should, and I’ll use illustrations from my own world of speculative fiction to state my case.

There is an old saying: Your invitation to dinner does me no good if I arrive and you have not set a place for me at the table. The fact is, we have been bumping along for years in the speculative fiction world, arguing about who gets invited, who is honored, and what constitutes the canon. We have been so busy arguing over who to invite, that we have paid no attention to the place settings. From Hugos after-parties to controversies over what constitutes a team, from arguments over the canon to missteps with pronunciation, we have seen the fractures.  And the awards format itself reflects this battle.

The idea of granting a statue as a visual symbol of ‘Well done!’ really came into its own during the gap between the two world wars. A time when we enthusiastically uplifted the idea of the hero, when Joseph Campbell was an eager young man and J.R.R. Tolkien had embarked on the endless appendices that would become the backbone of worldbuilding in his renowned series. This was a time where The Empire was still aspirational, and the white male ruled supreme. A time where we told ourselves the fable of the ‘lone artist’ and the ‘genius creator’.  A time when we refused (even grudgingly) to acknowledge, the often vast, amount of uncredited collaboration that propped up the success of these geniuses. Awards shows, were patterned in response and focused on the singular efforts of that one (able-bodied) person. We did not want to see the wives and subordinates behind the curtain.

The world changed. Awards format didn’t. Hollywood shunted the art and science into a separate, less star-studded event. Most still struggle with accommodations for the disabled. (Stairs, anyone?) The format itself still has no idea of how to accommodate teams. These all share a design defect of wanting to award a singular and (usually), male recipient, without acknowledging or accommodating the helpers.

Full disclosure here: I am the Technical Lead for FIYAHCON, the Hugo Nominated event. Though there has been some small grousing over conventions being eligible for awards, I believe FIYAH is the exact embodiment of the related works intent. The best work related to the field of science fiction, fantasy, or fandom, published in the prior calendar year and which is either non-fiction or noteworthy primarily for aspects other than the fictional text.

For me, the key words are noteworthy primarily for aspects other than the fictional text. And what is noteworthy about FIYAHCON is the sheer commitment to inclusion and amplification of voices that do not fit the typical ‘awards show’ profile. FIYAH doesn’t just extend invitations, they set plates, and make sure that everyone is nourished. The FIYAH commitment to inclusion extends to BONFIYAH (last year the FRINGE) that makes space for all time-zones and had this Tech leader joyfully staying awake through my night to hear panelists from India, Australia, Japan, and more exclaim with delight that they were FINALLY able to contribute and participate in a big Speculative Con without it being the middle of the night. It is a small thing when you come down to it. But small things are powerful. FIYAH has a commitment to inclusion that is more than just empty engraved invitations and we have already started discussions for the after – every one begins with inclusion and extends outwards from there. If we win the Hugo, our directors will speak for all of us, but it is the team’s commitment to this ideal that will be the real winner that night.

In a world where more of us are determined to give credit where credit is due, to not only extend invitations but to set plates, our concept of awards and the associated ceremonies need to change. If we want to fix awards, we will need changes to our logistical thinking. As more creators take time to acknowledge the folks that help us in our writing journey, we are going to see more team listings, more shared credit, and more complications for award show directors and producers. It is long past time we began to make accommodations for simultaneous in-person and digital events. The technology exists to easily allow a digital attendee to give a live speech and have it projected on the ballroom or auditorium screen. If the ballroom seating is limited, it would be simple to create an overflow viewing room where teams could gather to share in the live announcement. And in fact, it is well in the bounds of current technology that those teams in overflow could be called to a video stage just as their designated acceptance person is called to the stage in the main room. The video of the team could be beamed to the live audience, and more importantly to the accepting nominee who would no longer have to feel as if they’ve left their support behind at the most important juncture.

If we want to get off the competing gravities of the teacup ride, we need to leave behind the thinking of either/or. We need to abandon the paradigm of the lone creator. We need to embrace the new post-pandemic reality where we refuse to give up the gains going digital gave us. Where we automatically provide in-person AND digital access. Where we reimagine awards show formats that are not solely focused on singular winners. Where we improve access and create better events. It is time we not only send invitations but set a place at the table for all.